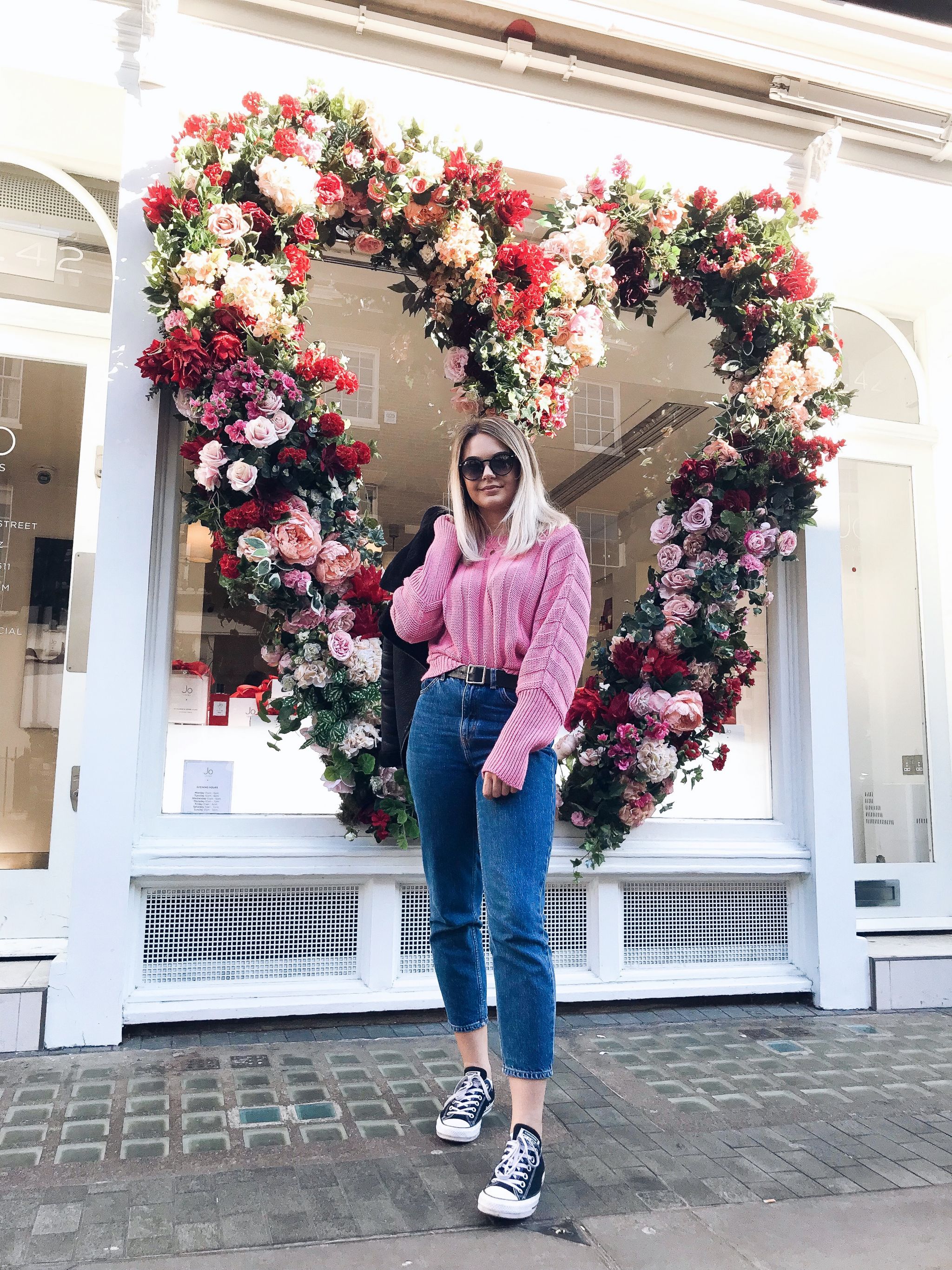 ‘It was honesty such an amazing experience and to say I am missing it already is an understatement!’

This is probably one of the most exciting blog posts I think I have ever written. I don’t even know how to start it to the honest!! But HELLO LONDON FASHION WEEK BLOG. I have been a little absent on the ol’ blog the past week because in actual fact I have been mooching all around London for fashion week.

And it was honestly the BEST week ever. With the most amazing people too. I couldn’t not do a blog about it, especially as I have been completely and utterly spamming my Instagram, about it. I have kept a few photos to share on there, so make sure you are following (@emilyclarebeauty).

FYI I went with everyone on my university course, and let me tell you now they are the besets bunch of humans ever. We stayed at the Generator Hostel which was very central and perfectttttt for just hopping on the tube. Within two stops on the tube we were by all the big attractions London has to offer.

Not to my liking, we had a 5AM wakeup call to get to London, and once we had arrived and checked into the hostel, we went off to the fashion scout show (where we bumped into Eyal from Love Island eyyyyyyyyy). Even though this genuingly felt like the longest day EVER, we truly explored London.

We ended up going to a Weatherspoons on Caranby Street for a well deserved burger and then went to Sketch for Sophie’s birthday. This was honestly the most instagrammable and surreal experience. Yes my drink was £20 but yes it was delicious. I had seen pictures and videos of Sketch before and to be there was insane, especially as the toilets were egg-like pods with a rainbow ceiling #casual.

This was the first proper day of London Fashion Week, and it was crazy. We had a little bit of time in the morning for a mooch around Oxford Street and Carnaby. This was a ‘look but not buy’ sesh including exploiting the Topshop photo booth on Oxford Street. We actually got there super early in the morning, so it was DEAD and so quiet! Then after a Liberty’s pit stop, we head to the first show. The Alexa Chung show was the first show – in which we saw her bestie Nick Grimshaw. The photo above is of all of us outside.

We had to do a load of research as to where all the shows were, because unless you have an invitation, they don’t reveal the shows locations. ALSO just to clear anything up, because we went for uni, we didn’t get to go into the shows (however much we wanted to) but we did street photography for the guests and models.

In the evening we then went to the House of Holland show – which probably had the best guest list off all the shows!!! We got to see the whole cast of Sex Education on Netflix, Sophia Hadjipanteli, Lottie Tomlinson and Raye. Then after hopping onto another tube we went to Camden to see the Adidas show, however after 12km of walking we headed back to the hostel and had a night out instead.

It’s hard to pick a favourite day out of all of them – I mean day 2 was up there when we went ‘clubbing’ with everyone on my course and our lecturers, but day 3 was probably my favourite. It was filled with the biggest shows from Fashion Week. In the morning it was Victoria Beckham – where I was lucky enough to capture In The Frow. We then went and strolled around Westminster, had lunch at Trafalgar Square, and headed to the Vivienne Westwood show, where we photographed singer Raye and got to feature on her Instagram.

Afterwards, we went for a quick break back at the hostel (and maybe a cheeky gin) but then got back on the tube to the Burberry show. We knew this would be the biggest show and it was at the Tate Modern. We didn’t manage to get images of guests going in, due to the mass amount of other photographers also there, however we waited until the end of the show. I got to be in arms length of the queen of fashion herself Anna Wintour and also Edward Enninful. WOW.

Of course we had to grab a wagas and then went back to the hostel, but we walked across the millennium bridge and the view was INSANE. A proper highlight tbh.

Finally on day four, we had a chilled day, which we took the opportunity to do all our shopping. Because whenever you are in London it is just rude not to buy anything. I got some new Stan Smith Adidas trainers, and a perfume from Floral Street. We also popped into The Ordinary in Covent Garden and I think we all ended up buying a foundation from there. This was the only day the weather was a bit crap but it was still good to have a shop.

In the evening, we went to a cute little pizzeria opposite where we were staying called Pizza Sophia. It was so chilled, and so fun to spend the last evening with the greatest bunch of people.

We came home the next day, we were meant to stay in London for the whole day but we were so knackered we got an earlier bus.

It was honesty such an amazing experience and to say I am missing it already is an understatement!

The Coat That Everyone Asked About

Trainers You Need In Your Collection!