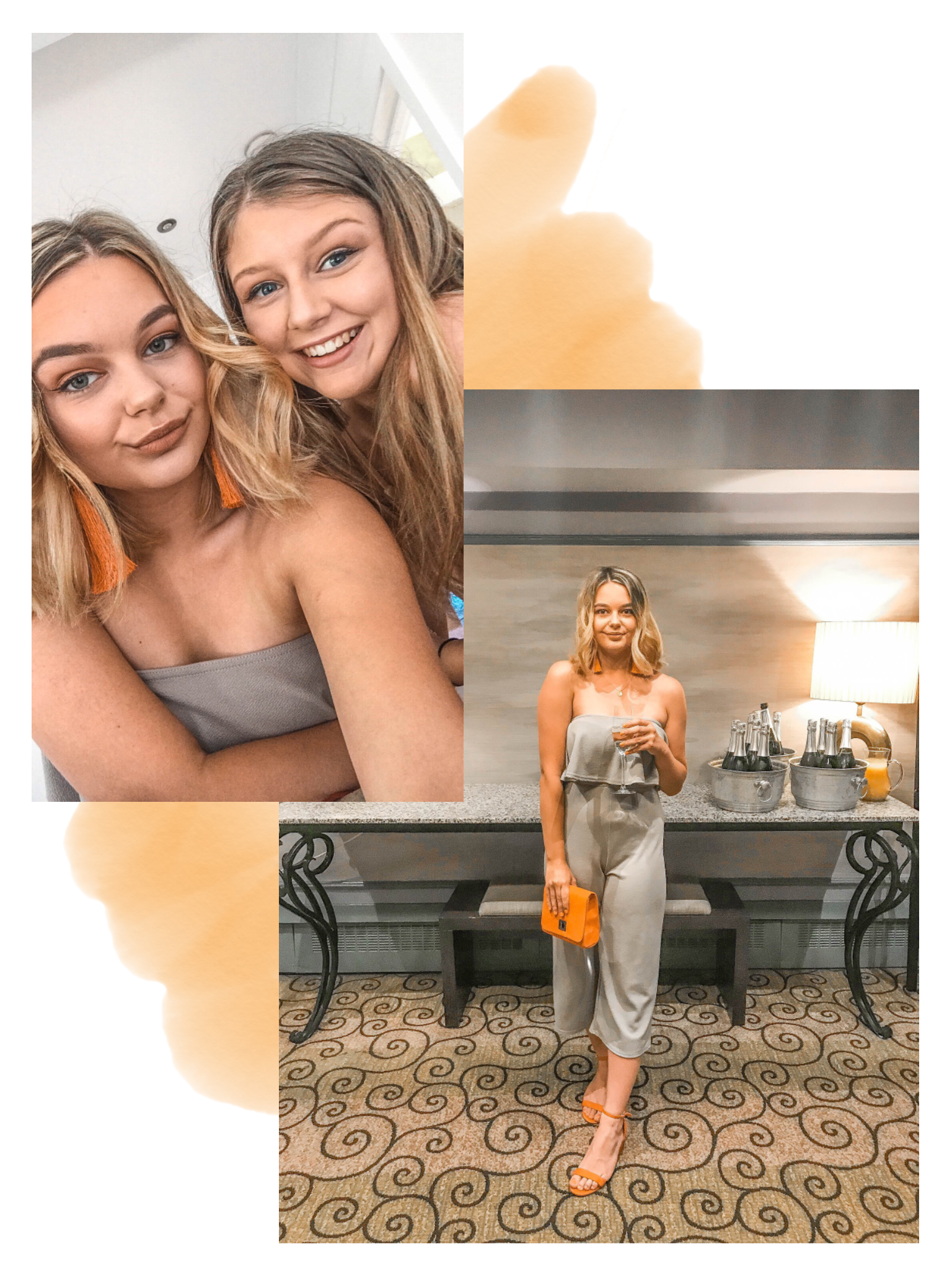 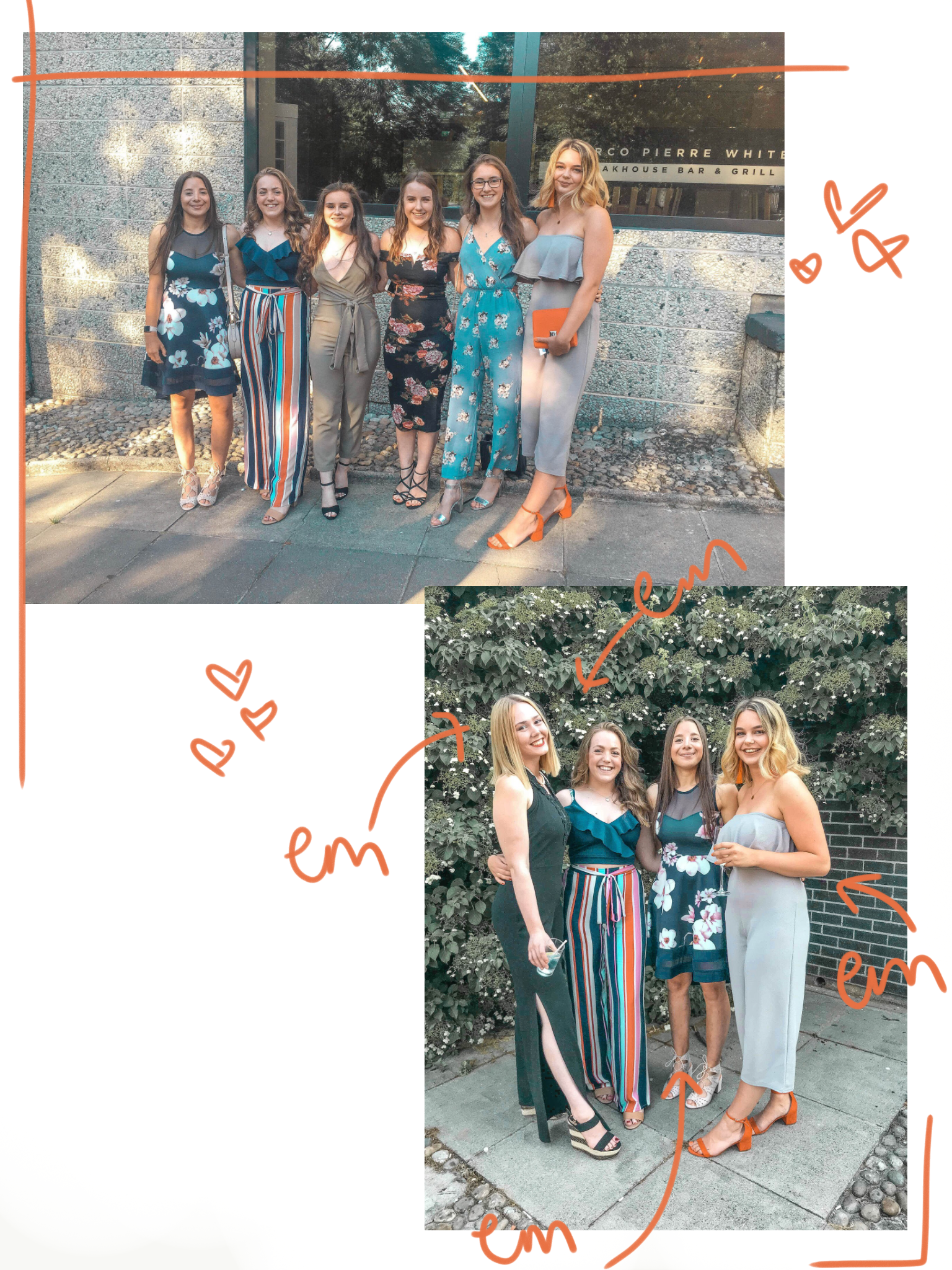 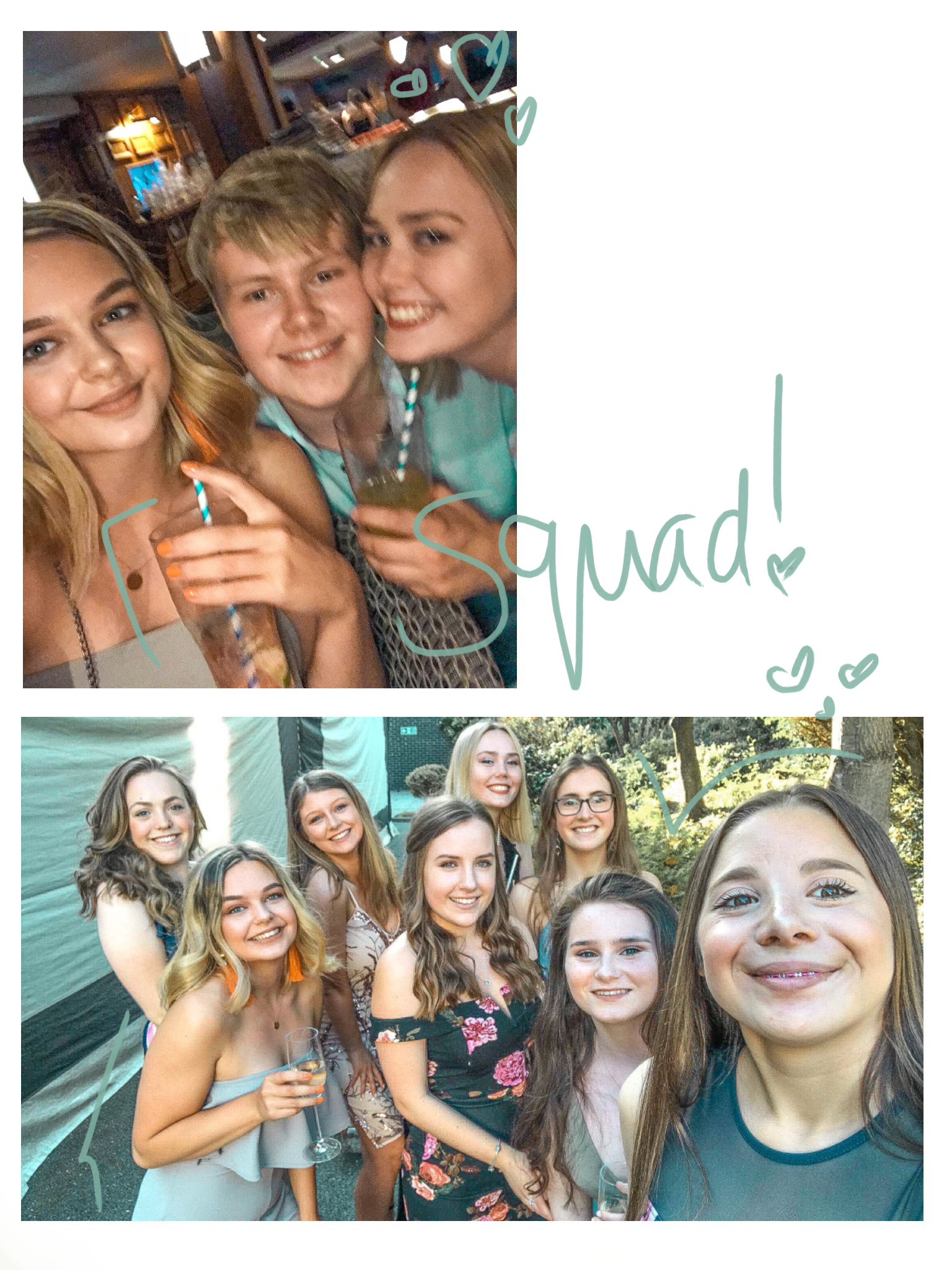 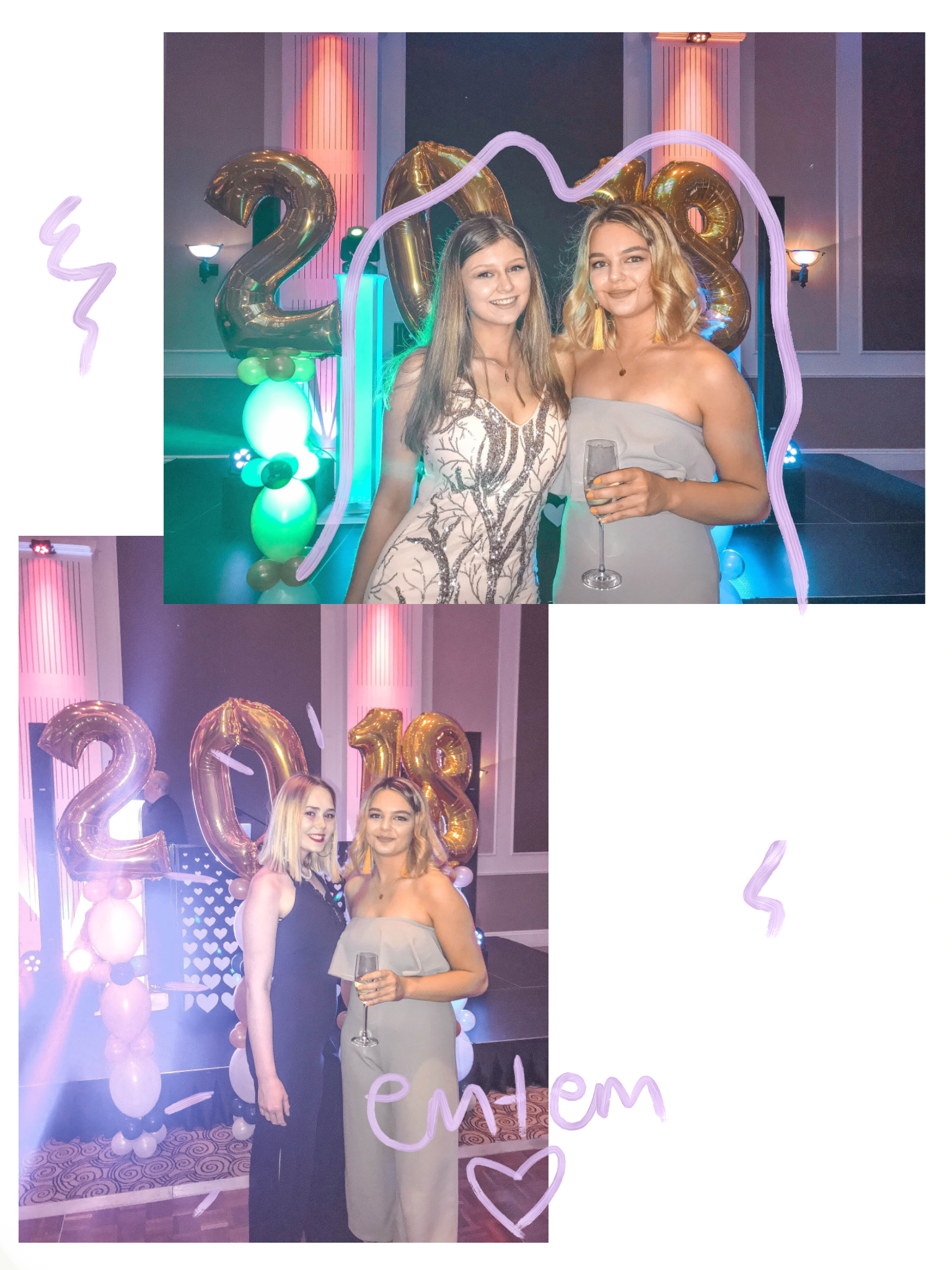 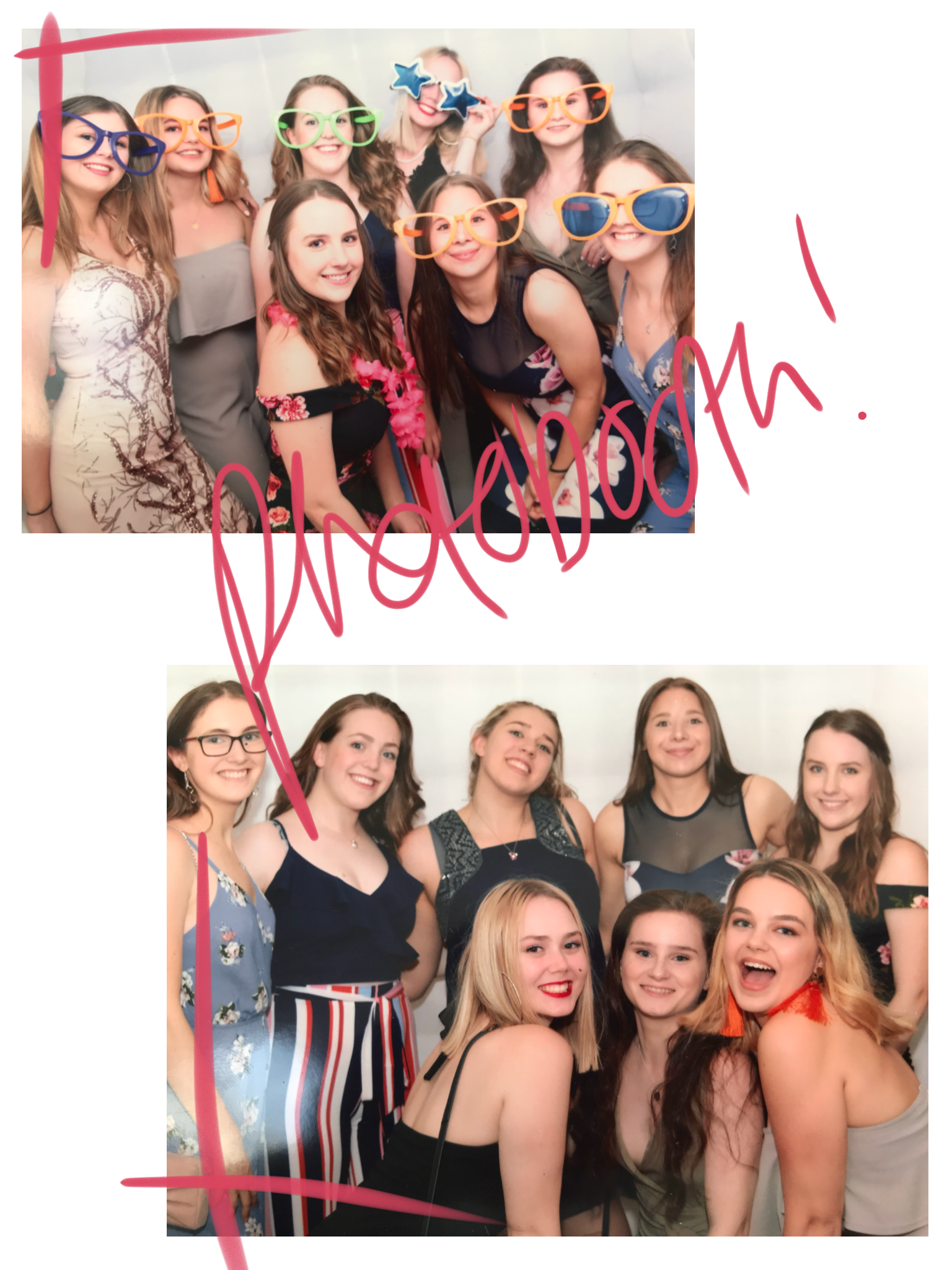 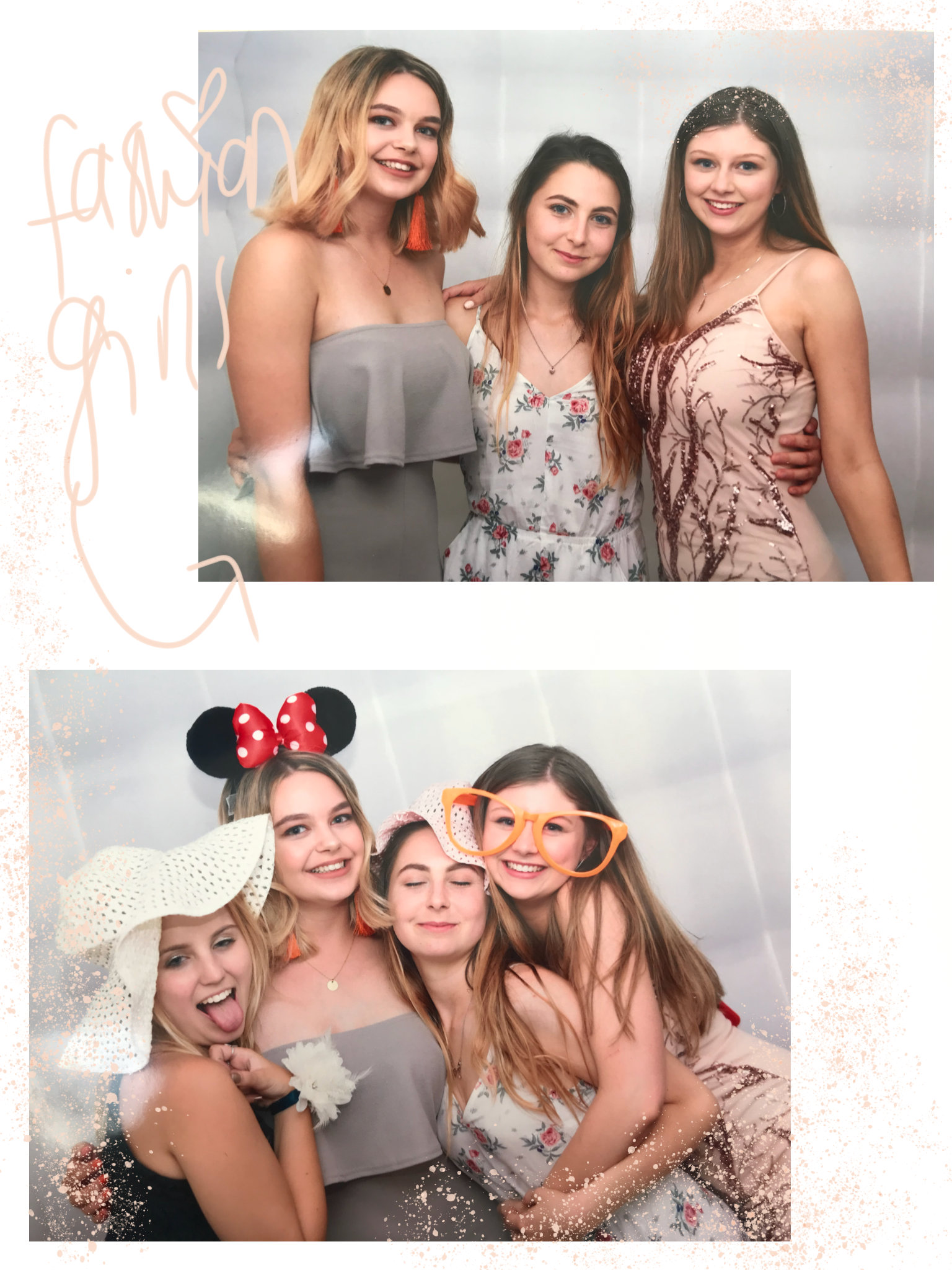 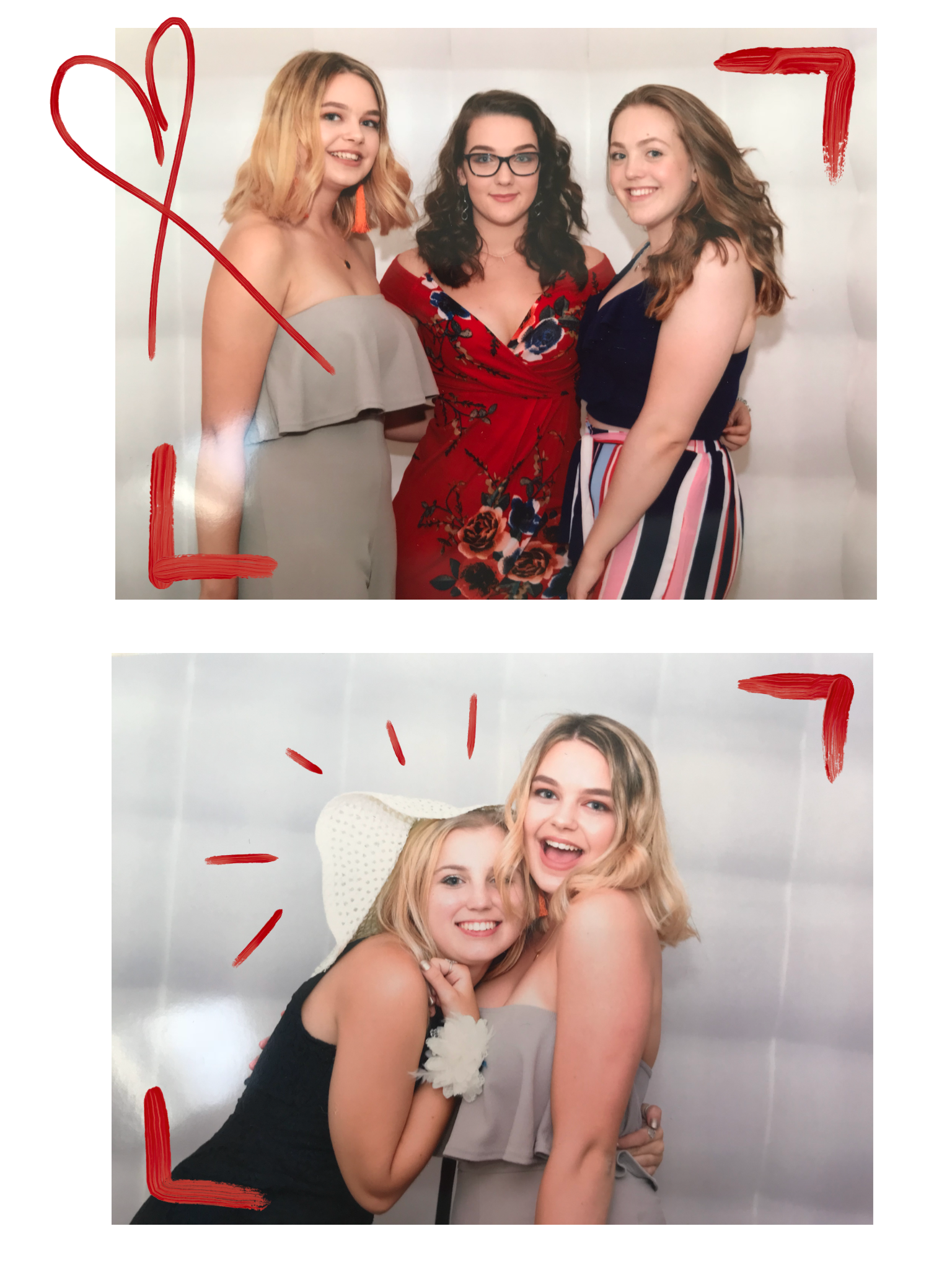 On Friday it was my Prom! To clarify, I had my A-Level exams this summer #completed, and I then left school, but we also got to have our Prom. I had a Prom in Year 11 after my GCSE exams (I think it was one of my earliest blog posts!) but Year 13 Prom is a bit more relaxed and you also go out clubbing afterwards.

I got ready with Rosie << P.s doesn’t she and all my friends look absolutely beaut?? >> and then we met up with my squad to go to Prom. My Prom was in a hotel in Plymouth where we got some prosecco on arrival, vV nice if you ask me, and then we had a buffet.

There were a few of my teachers there and the majority of my school year group went which was lovely as there will be some people I probably won’t see EVER again! How crazy?!

There was such a cool photo booth as you can see from the pics above, and it was very used by me and my friends to say the least! Everyone had a good dance as there was a DJ but it was INCREDIBLY hot too because for some crazy reason the UK is going through a long period of amazing weather!

Afterwards we went *out out* and went clubbing for a dance and some bevvies. It SUCKED that I had to work the day after, so I had to go home a little bit earlier (I say that but it was 2:30 by the time I got home!) but a tired Emily and work is NOT a good mix!!

I had such a good time with my friends though and I think they all looked absolutely stunning!!